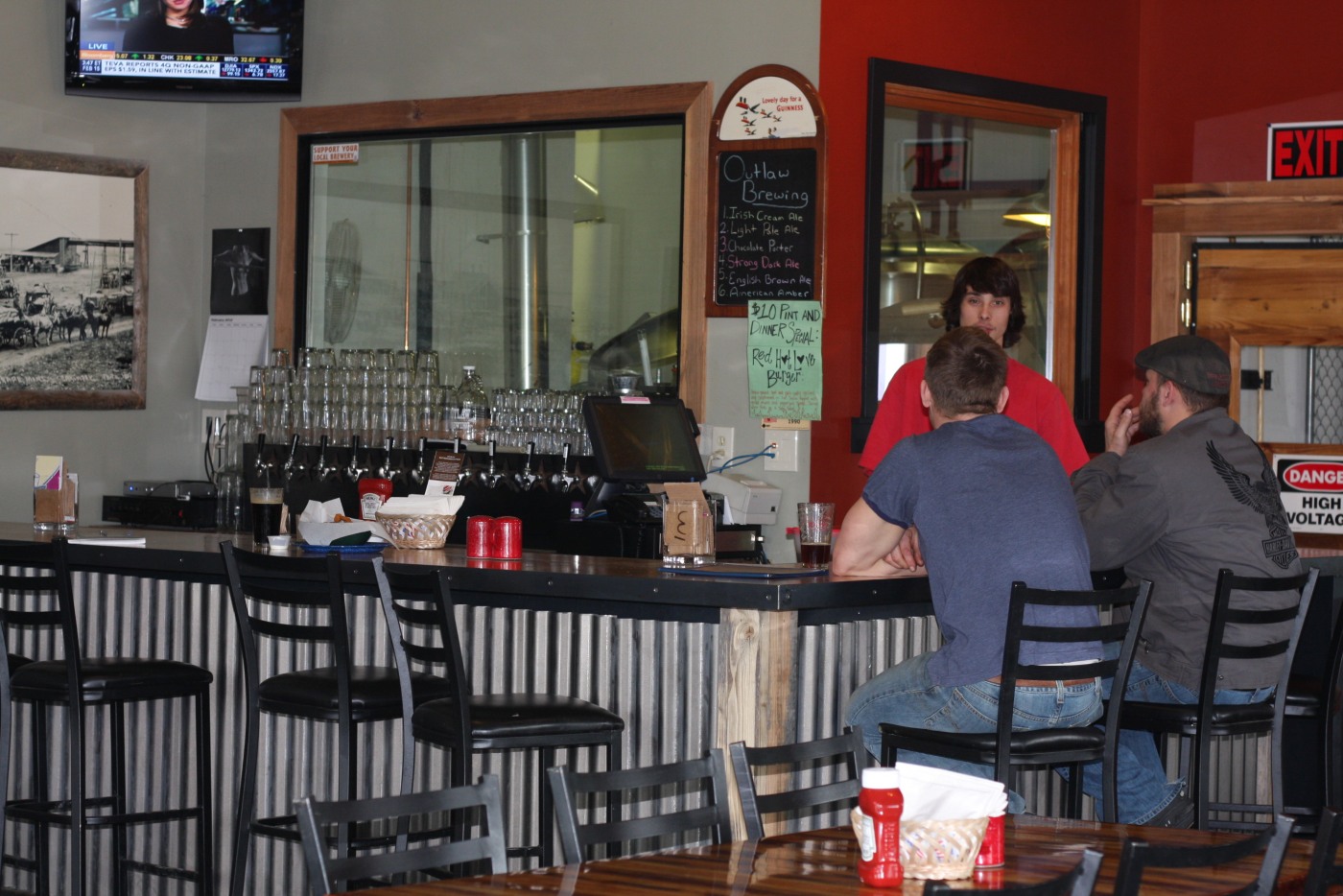 That said, enjoying a local beer has to be one of their favorite pastimes.

In 2012, residents of the valley were given another option when deciding which brewery in which to enjoy a beverage.  Outlaw Brewing, located in Belgrade made their debut this year, but many are still unaware of their presence.

Outlaw Brewing, located inside the Bar 3 BBQ location in Belgrade made its brews available Jan. 12 after approximately three months of brewing.

Bar 3 opened its doors in November 2001 in Bozeman and expanded to Belgrade in 2004. In 2008, the Belgrade location was relocated to where it is now, right on the railroad tracks across from Belgrade Lounge, sharing a building with Custom Dining Experiences.

Owner Hunter Lacey first moved to Montana from Texas when he was 13. His introduction to the culinary world occurred in the Montana State University restaurant management program and continued in Vermont at the New England Culinary Institute.

Upon his return to Bozeman, Lacey worked at Boodles restaurant and in the MSU catering services before opening Bar 3.

Lacey, after brewing beer for himself for several years, said, “I have really gained an appreciation for craft beer made on a small scale.”

The atmosphere of a local brewery was something he enjoyed and wanted to be a part of.  The location is set up much like the other breweries in Bozeman and Belgrade, the only difference being the fact that they offer a full menu of food to enjoy while sipping on a cold one.

Even though the Outlaw is located in a restaurant ,it is still held to the three-beer limit that all Montana brew pubs have to follow.

Much like other breweries in the area, Outlaw uses local ingredients for their beers as much as possible.

“All of our base malts come from Great Falls,” said Lacey. They hope to have their hops grown locally as well. “We are discussing contract growing of our hops through a local up-start organic farm whom we’ve already contracted to grow all of our cucumbers, tomatoes, lettuce and herbs.”

In addition to these, Lacey plans on brewing a nitro Irish Stout to compliment the corned beef for St. Patty’s day. The brewery is still getting into the groove of things, but plans on offering seasonal beers in the near future.

Local beer aficionado Scott Vandermolen frequents the Belgrade location and is excited about the addition of beer.

“It’s a day and night difference. This beer with barbecue is like sushi and Saki,” said Vandermolen.

Outlaw has two large fermenting tanks with which to craft the beers. For most of their beers it is two weeks from fermenter to keg, but some brews require more time upon leaving the fermenter to condition before they can be kegged.  On average they are able to produce a new beer every week.

Brewer Todd Haugh says his favorite thing about working with Outlaw Brewing is the small system they have to work with. It gives him the chance to brew a variety of beers with the goal of one new beer each month.

According to Haugh, Outlaw is going through around five kegs a week right now with volume gradually increasing.

Perhaps one reason many are still unaware of Outlaw Brewing is the lack on advertising. Hough said the brewery does not want to open the floodgates, but rather to “let it happen as it happens.”

A Facebook page with updates and local specials is their main source of advertising.

Outlaw Brewing will have a booth at the 2012 Montana Beer Festival Friday April 13 at the Gallatin County Fairgrounds.