Portability is the most challenging aspect for students building the Camera Obscura this spring.

The invention of Camera Obscura started the development of photography and the modern day camera. It’s no surprise that a class at Montana State University is being dedicated to it.

Camera Obscura is not actually a camera; it’s an 8-foot wide enclosure in which a person stands. A reflection of the outside is projected on to the ceiling displaying an image for viewers to appreciate.

Senior photography majors will be creating their own Camera Obscura as part of the President’s Fine Arts Series. The class of 17 students will work throughout the spring semester, presenting the finished product to the MSU student body and the public. END_OF_DOCUMENT_TOKEN_TO_BE_REPLACED

Cerberus Capital Management is buying Albertson’s stores across the U.S.  According to Eric Linville, manager at the Livingston Albertson’s, no one will notice this change, including the employees and customers.  The store, its personnel and products will operate as usual.

Beyond that, “you probably know as much as I do, so I can’t say much,” Linville said.

The sale was announced by The Associated Press on Jan. 14.  END_OF_DOCUMENT_TOKEN_TO_BE_REPLACED 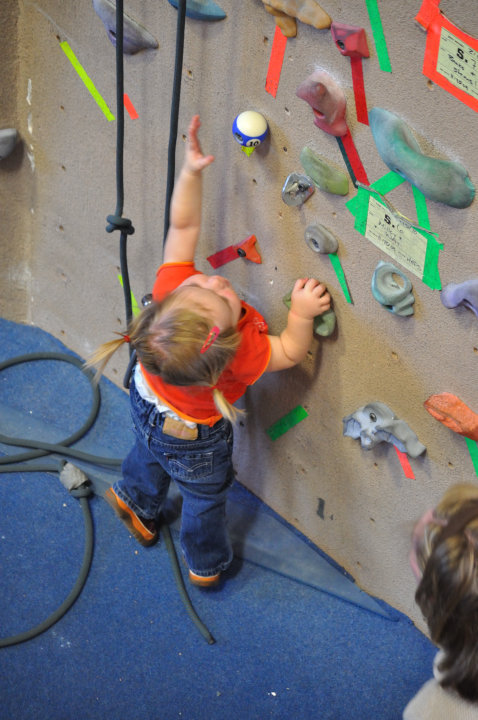 The Spire Climbing Center is hosting a camp for kids of all ages this spring break that will get kids climbing off more than just the couch.

Renee Freeman, one of the instructors for the camp, said that the younger kids will be playing a variety of classic games with a slight twist by including the climbing walls.  Freeman said some of the games will include musical climbing, red light green light, capture the flag and wall tag.

Freeman also spoke of the “rock warrior game,” where two teams of kids try to pull the instructors off the wall as one of the “favorite games that the kids will play.”

However the instructors will first focus on “working the basics,” Freeman said.  These will include skills such as climbing commands, rope and harness confidence and foot placement when climbing.  She said that they will “compress everything from our summer camp.”

The older groups of kids will focus more on specific skills stations.  These will first include the basics and, according to Freeman, can advance depending on the level of experience of the kids.

“The class will be more like an introduction to beginning climbing,” said Freeman, but could go as far as to contain “advanced footwork” and “projecting routes.” END_OF_DOCUMENT_TOKEN_TO_BE_REPLACED

“When I was leaving the next morning,” Geer said, “I found my driver’s door open as well as my glove box and center console.  My glove box and console were emptied, but nothing else was stolen from the car which leads me to believe the person breaking in was interrupted.  I called the police to report the stolen items and the break-in.”

Only four days later, her car was broken into again. END_OF_DOCUMENT_TOKEN_TO_BE_REPLACED

Two new triple-chair Alpine chairlifts are being installed to replace the 46-year-old 1967 Riblet double chair at Bridger Bowl. The new lifts are designed by SkyTRAK and will be installed with Chairkid loading carpets; the carpets will increase comfort and warmth.

This new installment marks the beginning of Bridger’s new focus on the intermediate and beginner skiers and snowboarders. “With two bigger lifts we can expect the skiers to get onto the hill that much faster,” ski instructor Shelby Rogala says. END_OF_DOCUMENT_TOKEN_TO_BE_REPLACED

After returning from his yearlong leave of absence in Sweden, Sobek gave a presentation on campus Monday discussing his experiences with the Swedish school system.

According to Sobek, he and his family lived in an apartment in Gӧteborg, Sweden while he served as a guest professor at Chalmers University of Technology during fall semester 2011 and spring semester 2012. While he worked, his four children went to school. END_OF_DOCUMENT_TOKEN_TO_BE_REPLACED

Yann Martel, author of best seller “Life of Pi” will be the guest speaker for Montana State University’s 2013 convocation on Sept. 5.  Martel plans to hold a master class and a book signing, immediately after.

Martel’s visit will help to jumpstart MSU’s Year of Engaged Leadership in which a variety of activities, lectures and workshops on campus will help to encourage and inspire both Montana State University students and faculty prepare to become better leaders for future generations.

Spending 69 weeks on the New York Times’ Bestseller list, “Life of Pi” will also be a feature on this year’s MSU summer reading list.  It has received many awards including the 2002 Man Booker Prize of 50,000 pounds.  Martel’s book was also made into the 2012 film of the same name, grossing nearly $22.5 million dollars to date and earning a number of Academy Award nominations. END_OF_DOCUMENT_TOKEN_TO_BE_REPLACED

Bozeman pet owners now have the opportunity learn how to administer animal first aid and CPR at a training session sponsored by Tiny Tails K-9 Rescue.

“It is a good idea for families with pets to know what to do in an emergency situation with their pets,” said Diana Paulas, a volunteer with Tiny Tails. “Knowing when something is wrong and being able to stabilize your animal, until you can get them to the vet for more treatment can save their life.”

Tiny Tails puts on various safety classes—which run between one and six hours—several times a year to keep people informed on how to keep their animals safe. Their next event will be an hour-long training session on Thursday, Feb. 21. Paulas said the session will primarily deal with how to properly administer first-aid. END_OF_DOCUMENT_TOKEN_TO_BE_REPLACED

The Taylor Planetarium at the Museum of the Rockies will be reopening soon with a new state of the art projection system called Digistar 5.

The Digistar 5 will, “allow visitors to experience our universe in vivid colors, visual motion and brilliant displays of light” according to the Museum of the Rockies website.

The Taylor Planetarium will be reopening on March 2 with three new shows.  “Big Sky Tonight” displays a variety of constellations for the viewer. Next, “Experience the Aurora” will be showcasing the aurora borealis. “Viewers of One World, One Sky: Big Bird’s Adventure” will get to join Sesame Street’s Big Bird as he travels to the moon. END_OF_DOCUMENT_TOKEN_TO_BE_REPLACED